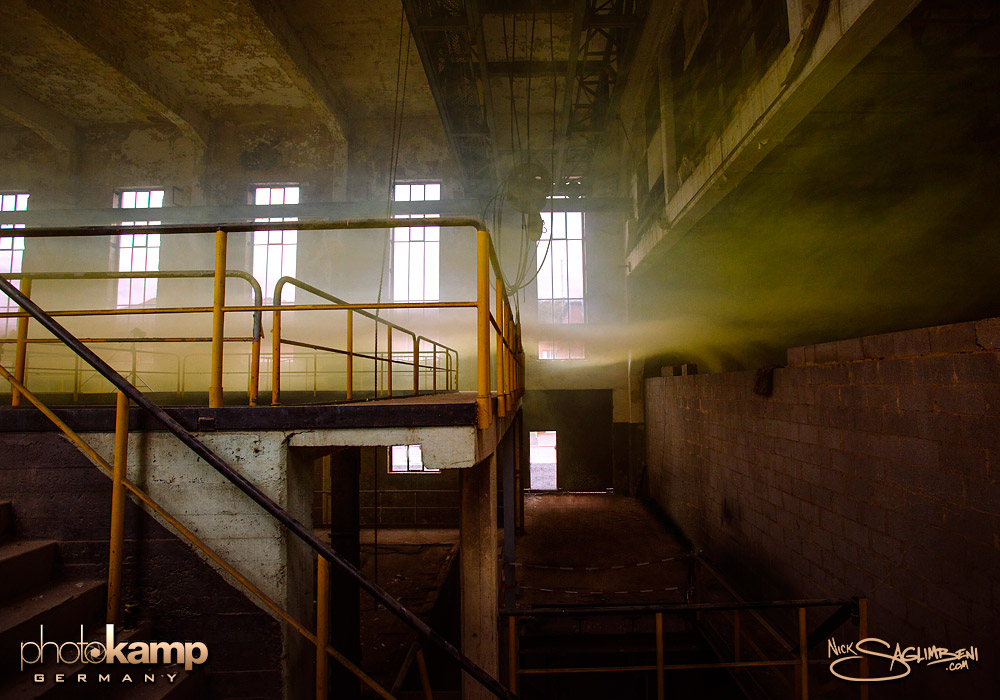 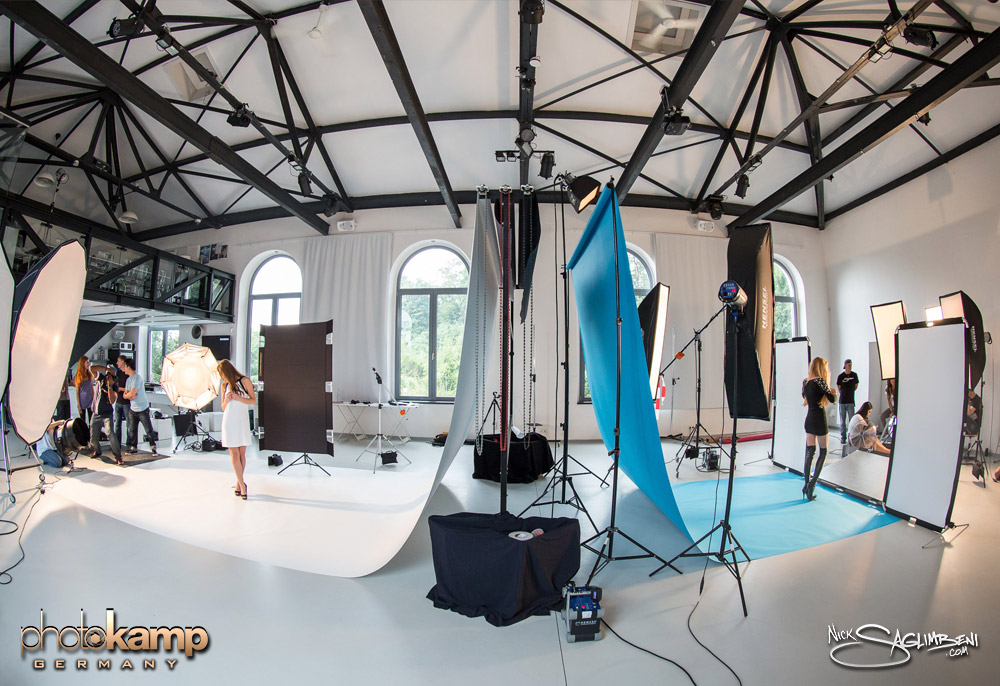 In late August, we packed up our bags and headed to Germany for our fourth PhotoKamp workshop. Being our first PhotoKamp outside the US, this weekend workshop drew participants and crew from 9 countries—some traveling from as far as Nigeria.

On day one, we met at Luminanz studio in Saarbrücken, near the French/German border for a meet and greet with the photographers, followed by an informal Q&A. As a sign of the changing times in our industry, a majority of the questions this year focused on brand building, marketing one’s art, and making a living as a photographer at a time of unprecedented competition. We then all headed for a real German meal in downtown Saarbrücken.

On Saturday morning, we met at Luminanz studio for a full day of studio lighting. I divided the room into two setups. The first was a commercial fashion lighting setup, similar to what I’ve done for Kardashian Kollection and Neiman Marcus. The second, by popular request, was my “pinup glamour” setup, which I all but retired in 2010 when I stepped down from my last long-term magazine contract. I also covered several “one light” setups that produce striking (and super affordable) results.

On Sunday, in classic PhotoKamp tradition, we ventured out for a day of location lighting. Our German coordinators arranged for us to shoot at a vacant coal mining facility, complete with all kinds of industrial madness. We again split into two setups. The first involved lighting a massive space with minimal lighting, using a combination of natural light, strobes and fog. The second focused on mixing strobes with outdoor elements, positioning your model relative to the sun, and—an unplanned lesson—shooting in the rain.

I continue to marvel at the good fortune we’ve had to attract such amazing talents and personalities to our PhotoKamp workshops. Being that even I was out of my Los Angeles-centric comfort zone, it was a wonderful opportunity to eat, talk and bond with both new friends and old. My sincerest thanks to our German coordinators Stefan Rasch, Carsten Simon of Luminanz studio, our four wonderful models and makeup artist Miriam Regitz. Also to my amazing international SlickforceStudio crew Scot Fortino (US), Hayden Phoenix (NZ) and Peter Major (Hungary).

We’ve just created an official PhotoKamp Facebook page to learn more about PhotoKamp and for past students to stay in touch. New dates for upcoming workshops will be announced in the next few weeks on our Facebook page and at PhotoKamp.com!

One thought on “PhotoKamp Goes Global in Germany”

This site uses Akismet to reduce spam. Learn how your comment data is processed.

Get the latest updates!